I've been having great fun playing again with the wooden shapes.

On a previous post I showed you a cat that I had made with various shapes, and I felt that the dog enthusiasts were being left out.

So,  here are the dog samples I did for the Stamparama show in Stevenage recently, and I think they turned out really cute.
It's a toss up as to which I prefer. 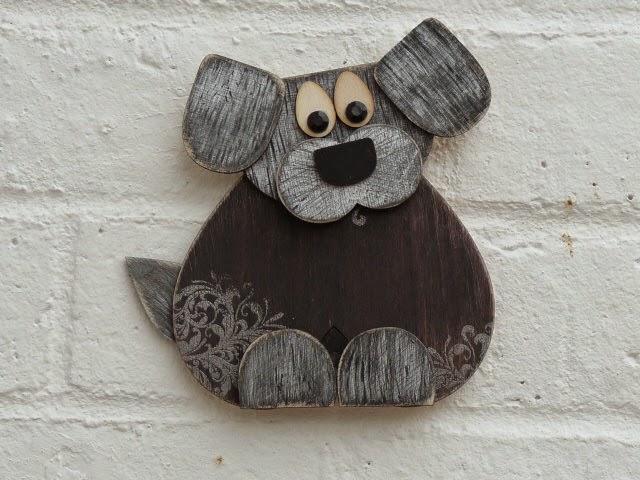 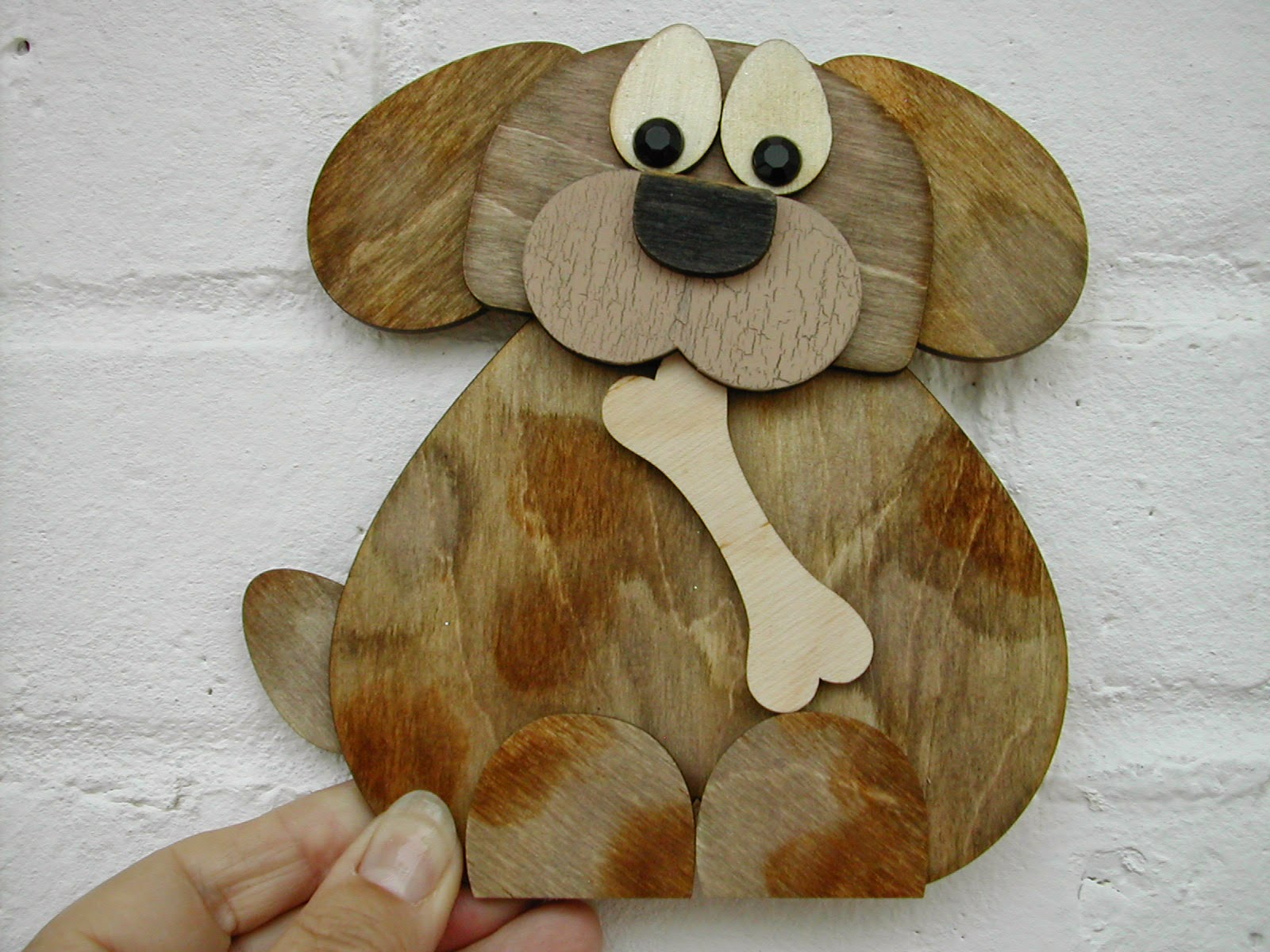 The black dog's body  had a design stamped onto it and embossed with silver embossing powder. I used an Inkylicious  butterfly stamp for this as it has a lovely flourish design for the wings.
It was then painted over with a watered down acrylic paint. Some areas were then covered with a silver metallic pen and ,when this was dry, sanded back.


The brown dog was coloured with Distress stains.
These are lovely on the wood as they are transparent and you can still see the patterns of the wood grain underneath, which I like to see.
The ears and tails are different shapes in both dogs and the eyes are slightly different sizes. The bone added a finishing touch.


The dogs were quite well received, particularly with the youngsters who attended the show.

I always  enjoy chatting to people when I am demonstrating  and getting feedback from them. I particularly like to listen to the children as they are always very open with their comments.

One young lad wanted to make the brown dog and we discussed how it was put together and he took a photo to remind him. I explained to him how I always take ages to find the expression that I like. By moving the eyes and nose into different positions the expression can be changed.

I usually draw around the shapes and put the facial elements into different positions to see which expression I like best. I "waste" so much time doing this, but time well spent I feel!

He agreed that this was a good idea and said that he wanted a sad dog.  I showed him how the eye position can be changed to achieve this. He also observed that the head piece on each dog was a different way around. Again this changes the look of the face.

As he went away he thanked me and earnestly told me that he thought he would be spending quite a long time making the dog to get it just right.

That made my day!
To think that he was going to get so much enjoyment out of making the dog, just as I had done.

I asked him to take a photo to show me next time. I hope he is able to as I'd love to see what he did.

Since writing this the young man  mentioned above has sent Artcuts a photo of his work. He did a good job . It looks great , well done to him. 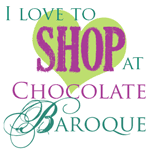